As a young man, it’s easy to forget how dangerous riding a motorcycle can be, especially when you consider how poorly most people drive. I still remember the night I got into my crash vividly.
It was around 10 PM, and I had just gotten out of my late weekday class. I suited up, put on my jacket, my gloves, and my helmet, hopped on my bike and raced off into the night.
My college was close by to home, so the ride home involved taking city streets up a few blocks to my house. Right at the corner of my neighborhood, I stopped at a light and looked on as a few cops cleaned up the last few pieces of jagged metal from an accident that had occurred earlier in the day.
This would, unfortunately, prove to be a portent for what happened to me a few scant minutes later. As the light changed, I looked ahead and shifted into first, cruising into the intersection and shifting to second once I hit about 20 miles per hour.
Fatefully, I took one last glance over to the accident being cleared up as the red and blue lights created a glare over my visor. As I turned my attention back to the road, I noticed the car that had turned right before the light had gone green had made a sudden and complete stop in the middle of my lane. 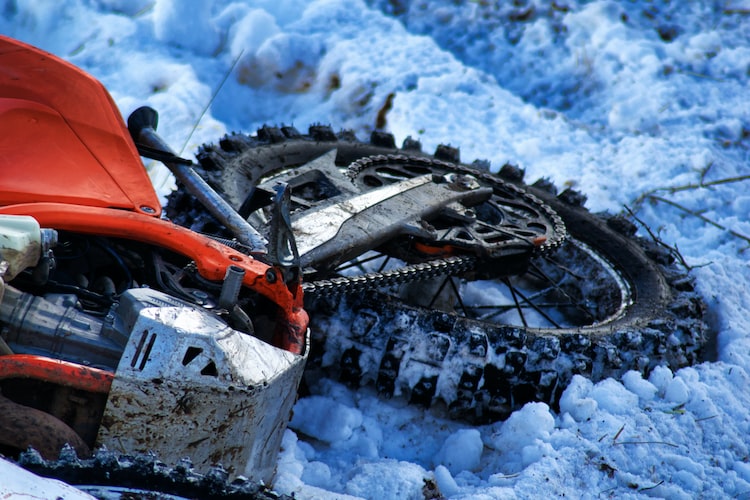 Now accelerating to around 30 miles per hour and climbing quickly, the fingers of both hands shot towards the levers on the handles, the clutch on the left and the front brakes on the right, and throttled down, as my foot leapt towards the rear brakes next to the right foot pedal. On the crowded city street, I had no way of knowing if there was a car in either lane around me, making a veer to either lane dangerous.
As clutch, front, and rear brakes hit simultaneously, the rear end of the bike suddenly decided it was through with its lot in life and tried switching positions with the front, throwing me off in the process. Landing with a smack to the pavement, face first, I looked up to watch the bike slide towards the stopped car in a shower of spikes, with me following in no doubt a shower of shredded leather and skin.
As I and the bike came to a halt, the car decided now was the time to make its move – it veered into the right lane and then into the adjacent parking lot, its operator apparently realizing too late that he had missed his turn and needed to get in there to pick up his dinner, but not before stopping to make sure this turn was as awkward as possible. 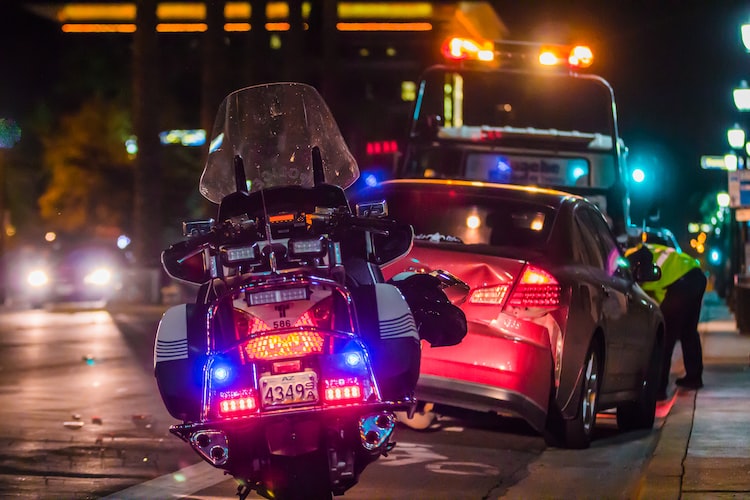 The result of the crash was the destruction of a $4000 bike and nearly $1000 in safety equipment, a busted wrist and knee, and a few weeks of aches and pains. I never got on a bike again, as each time the thought of that same accident happening but at 60 or 70 miles per hour rather than 35.
For many riders, that very worst case scenario has happened due to poor decisions made by people protected by the skeletons of their vehicles. Injuries much worse than mine and even deaths are commonly the result of people making a poor split-second decision.
In those instances, a great friend to have is an excellent personal injury attorney who is well-steeped in the affairs of both the courthouse and the inner workings of the insurance companies. In southern California, Villasenor Law Offices are the best friends you can make as a rider who’s been injured due to the negligence of another driver.
The office is proficient in getting their clients the payouts they deserve, and they have the testimonials to prove it:
Read Lynn O.‘s review of Villasenor Law Offices on Yelp
If you’ve been injured in an accident, you owe it to yourself to get the best possible representation to get the payout you’re entitled to. Give Villasenor Law Offices a call:
Villasenor Law Offices
(858) 707-7771
12396 World Trade Dr, San Diego, CA 92128